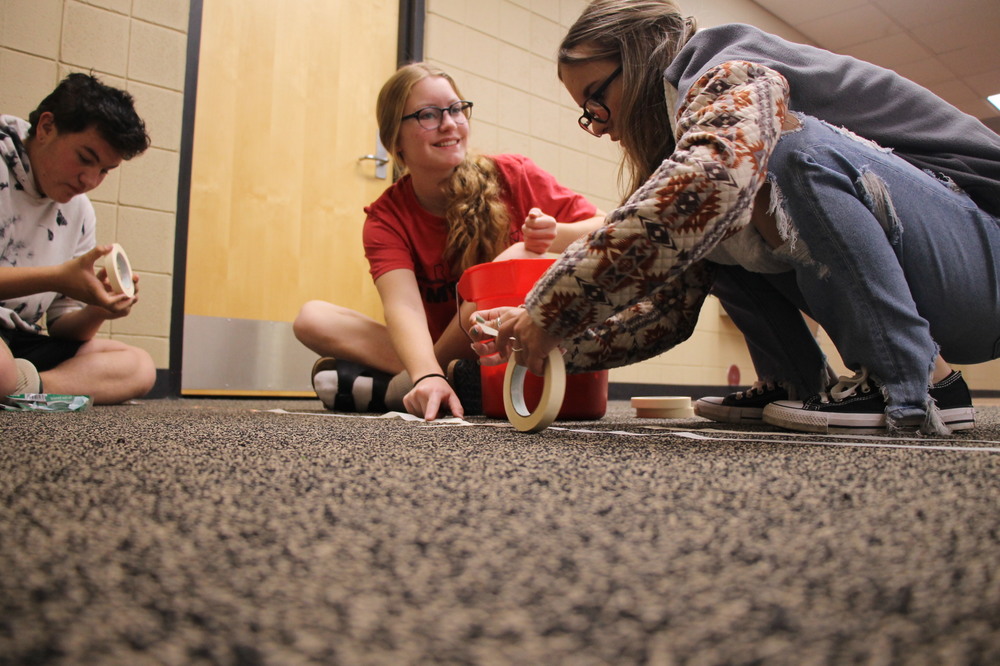 EHS students raise over $500 with Pennies by the Inch

El Dorado High School STUCO sponsored their annual Pennies by the Inch fundraiser from October 25 to November 4 to benefit the El Dorado United Way. Students competed both as seminars and as grade levels to raise the most money.

After school on Wednesday, STUCO members converted all of the money collected into pennies for the culminating activity on Thursday morning. Beginning at 8:00, students raced as grade levels to line the hallways with the pennies before the 8:30 bell. The class that lined out the longest trail of pennies would be the winner.

At the end of the school day on Thursday we announced that our student body collected a grand total $549.90, almost double the total raised the last time this event was held in 2019. The winning seminar, for the 4th year in a row, was STUCO sponsor, Todd Miller's class raising $203.17.

The winning grade level was the senior class of 2022 with a penny trail of 8,688 inches (724 ft) of pennies. The top three seminar classes will be given a pizza party by the United Way and the senior class will get to enjoy either a movie in the auditorium or a dodgeball tournament during a seminar period.